Indonesia Yamaha Pianos by www.pianoworld.com (edited by me) Don’t think Yamaha Indonesia can ever be as good as Yamaha Japan/China, they use different quality materials, different quality workmanship. 2 different beast only sharing a same name on the fall board. this include other factories outside japan which quality material and workmanship will never be better than those from japan. Of course there are also different model/series coming from japan, entry level and the really good ones.

As for parts of china versus Indonesia, i am sorry. Better quality China makers uses/imported parts from Renner, Langer, Abel, Imadagawa, Deligit, Roslau, Mapes & etc. these are top component companies with decades of excellent track record, that is the fact. in my opinion, the whole idea of having a factories in Japan, Indonesia, China, America, Europe (ops this one just shut-down), is for logistic reasoning, cost, tax incentives and etc which is favourable for them to setup a factory in a foreign country.

I think Yamaha’s record was over 200,000 pianos a year during the mid-80s. Anyways, Indonesia Yamaha will never be found in countries like in America or Europe or certain part of Asia.The top of Yamaha:- S-series and CFIII will never be built outside Japan (they don’t trust the workmanship?) and theirs construction and materials will never be the same as the other models; wet-sand cast plate, maple & beech rims, roslau strings, german hammers, all wood action & so on. (which is similar materials used in the constructino of european pianos)

Indonesia better than China and Korea? NO WAY, There are many parts which can be compare but the most obvious and easy to look will be it’s soundboard, a big piece of wood behind. Go look at the soundboard of the Indonesia Yamaha and compare the ones from China (selected) Pearl River and Korea. Then u come back and tell me what u see. check out the material used, the colour of the wood and wood grain pattern (maybe veneered too for appearance and not acoustic reason)

Don”t forget Yamaha also have few factories in China. Since they already closed down the England (Kemble) and Taiwan plants. I have seen few Chinese Yamahas and comparing to Indonesia Yamaha, in terms of materials, the Chinese Yamaha (made by Pearl River) is much better. And if Indonesia is better than China why does Yamaha have factories in China, spent so much $$$$ on it and prior to setting up their plants in China they had to buy out Pearl River, now chosen as best piano in the world 2015-2016 Value for Money, figure that! 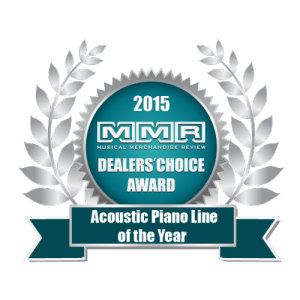 any things have changed ever since China came into picture (though they have been long making pianos every since 1870s) and many improvements have taken it’s place too not all but selected few Chinese manufacturers. American, European, Japanese & Korean piano manufacturers are greatly affected by Chinese piano builders today.

As of today I think China has about 200+ piano factories not counting those factories that produces other instruments. The last I read was like China today is producing 1/3 of total new pianos today. Pearl River is largest in the world with 130,000 pianos sold in 2016 and I think they are today largest piano makers in the world, by volume.

Whatever it is play as many pianos as you can find and trust your own judgement based on the tone and touch. Yamaha are just one of the few many brands available in the market as there are many more that’s value for money, which may or may not suit you but no harm giving others a try.