Pipe organs digital organs Philippines, we at Manila Pianos Inc. sell new pipe organs and digital church organs by CONTENT, these fantastic organs have been distributed all over the world for a long time, the quality of these instruments is fantastic and now we have the opportunity to purchase these instruments! Call 02.801.3431 x 401 for information. 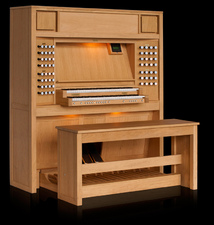 Give this beautiful instrument a new home.

Welcome to our website. We are the official importer for Content Organs into Philippines. Content is a super high quality built classical digital sampled organ built in the Netherlands. As a representative for Content Organs, we specialize in customized church organ installations.

We also offer home and study organs. All church and home organs on the CONTENT website are available.

We are well known for our reputation. We offer excellent prices and the best service. Our foundation is professional service and advice and our business is built on quality, which is the most important stop of the organ. Our goal is 100% customer satisfaction.

As indicated by old documents, the organ was developed by Ktesibios of Alexandria (Egypt) in 246 BC. As a technological miracle this organ was admired by anyone who saw and heard it play. It was mostly used for entertainment, at least until the early Muslim period (approx. 1000 years after its invention (Cordoba, Baghdad, Cairo), it was used as accompaniment during plays and in amphitheatres of the Roman Empire, and the possession of an organ displayed status and wealth in the Byzantine Empire.

In the early Christian churches were no organs used. Christians considered musical instruments of secular nature and not suitable for the church. Following the tradition of the Jewish Synagogue, the only instrument used was the human voice (which is done until today in most Eastern Orthodox churches). Organists in those days could be considered early colleagues of theatre organists.

The first pipe organs in churches started to appear around the year 800 and 100 years later old manuscripts mention the use of the pipe organ in worship services. Now, in addition to the traditional church choir also instrumental music could be heard in churches.

It started with Monasteries, which is not a big surprise considering the fact that in those days only Monks were highly educated and knowledgeable and able to build and play such a complicated instrument. As people built large cathedrals with relatively primitive tools, they also built pipe organs of significant size. The Monastery of Winchester England (980) built and organ (400 pipes) that could be played with two (!) monks at the same time, with their own console, but only when 70 monks (!) would work as wind makers. The music was apparently so loud that it could be heard in the entire city (don’t forget: there was no traffic noise as we have today).

In the 13th Century the organ was a generally accepted instrument in the churches. Renowned theologians such as Gilles de Zamorra and Thomas van Aquino admired the pipe organ because it would elevate the soul, adjacent to the other instruments that were considered not suitable because of the bad reputation of the traveling musicians, troubadours, that played those instruments. It seems that the early history of the organ was forgotten and/or forgiven.

After the Reformation of the 16th Century, many protestant churches in Europe followed the tradition of the early Christian church and threw out all instrumental music. But as a new element in the worship services vigorous congregational singing of the Psalms was introduced, led by a lead singer while the organ kept silent.

Organs were owned by the government and were played regularly on weekdays, when the church was normally open. Before and after the worship services the organ was played as well, because the organist was employed by the city and not the church. However, he was urged to play Psalms instead of secular melodies.

The pipe organ was back in the church and it has been there ever since. Lead singers were not needed anymore and the enthusiastic singers were in the end accompanied by organs only.