For this review, I spent time with three models of Seiler grand piano from their 186 line: the SE186, made entirely at the Seiler factory in Germany with all-German parts, as it has been for many years; the ES186, whose cabinet and strung back (sound body) are made in Indonesia to the same specifications as the German-made model, then shipped to Germany, where the Renner action and German hammers are installed and the instrument is finished musically; and the ED186, assembled and finished musically entirely in Indonesia, with an action comprising a mixture of Renner and Samick parts. All three models are about the same size: 6′ 1” or 6’ 2”. To add an element of mystery — and objectivity — to the review process, I was not told the specific model or origin of any of the pianos until I had completed the audition and made my notes.

Customers be aware: Indonesian pianos are NOT the quality you would expect from a German Piano, to the contrary, they are still in the infant stages and if you pay a lot, you are paying too much! 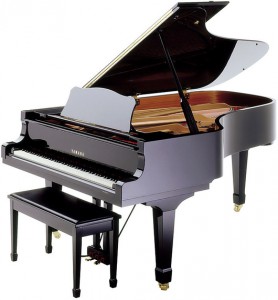 I should point out that my experience with pianos has been mostly of popular American and Asian brands such as Steinway, Baldwin, and Yamaha, and occasionally of Bösendorfers, Bechsteins, and other European makes. As with most people in my profession (performing and teaching piano), my points of reference when discussing characteristics of a piano new to me, especially one of performance quality, are the tone and touch of the typical New York Steinway.

On all three pianos, I played and practiced snippets from a wide variety of repertoire, chosen to help me clearly see the similarities and differences among the instruments. Various fast and slow movements of Mozart sonatas and concertos helped me understand the pianos’ potential in light, ornamented music. Rameau’s Rappel des Oiseaux, with its many mordents, gave me further insight into the touch mechanism of each. I also tried out a Chopin Étude, Op.25 No.1, “Aeolian Harp,” for comparisons of touch and tone control. To gain an idea of the pianos’ potential in virtuoso textures and orchestral colorings, I used Liszt’s Mephisto Waltz, and explored the instruments’ capacity for tonal coloration and textural clarity at both dynamic extremes with Chopin Étude in E-flat Minor, Op.10 No.6, and The Great Gate of Kiev, from Mussorgsky’s Pictures at an Exhibition.

Seilers feel good to play, and generally respond easily to a performer’s demands. All pianos had a ringing brightness in the upper registers, and rich enough bass sounds to warrant their use as practice instruments for artists. In general, the tone tended toward the bright side of the spectrum. Finally, all three pianos were in quite good shape: the actions made no discernible noise, pedals worked smoothly and without noise, and the cabinetry was quite attractive.